Left me eager for more: Trial Run by Thomas Locke 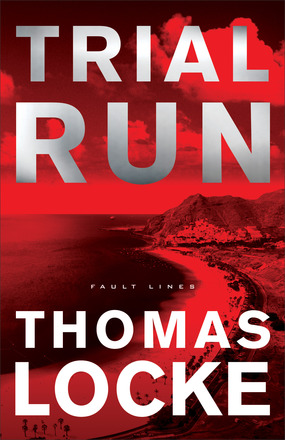 Dr. Gabriella Speciale has assembled an international team of elite scientists with one goal in mind--to create and control out-of-body experiences that transcend the limits of time and space. Reese Clawson's mind-bending experiments aim to explode the boundaries of human consciousness--and annihilate the opposition in the process.

When a terrifying discovery and a string of failed tests threaten to dismantle both programs, the key to survival may reside in the mind of a gifted grad student whose unsettling dreams have thrust him into the center of a dangerous battle for control.

As the threads of perception and reality become tangled and time itself twists in unexpected directions, one warning remains clear: what you don't know can kill you.

Quite simply, "Trial Run" blew me away, from its high-octane pace to its mind-blowing premise. I loved the author's unique take of two different factions being able to create out-of-body experiences that allow their people to impact others outside of the constraints of time or location. Such a concept is both fascinating to consider, while frightening at the same time, because such a possibility would change the world forever. The characters are not necessarily what you'd expect, as you find yourself connecting with certain characters only to find out they aren't the "good guy" after all. Such elements lead to several twists and turns in the story, which some readers may not appreciate as they might prefer a story where the good and bad are clearly known from the beginning. However, I quite enjoyed figuring out who I should be cheering for, and by the final few chapters I found myself simply unable to step away from the action taking place on the pages. Add in some explosive scenes and even a love triangle, and you have something that will appeal to everyone. As per usual, the author has crafted each scene with careful precision, and the writing is both beautiful and action-packed at the same time. I do have a complaint, of course. As "Trial Run" is only the first book in the series, we are left hanging, eager for more and yet having to wait until next year!

Thomas Locke impressed me with his previously published book earlier this year, "Emissary", and so I was looking forward to see what other concepts the author had up his sleeve. While the genre of "Trial Run" may not appeal to everyone, it certainly captivated me, and I found this book to be well worth the wait. I award this first instalment of the "Fault Lines" series a full rating of 5 out of 5 stars.

Thomas Locke is a pseudonym for Davis Bunn, the award-winning novelist with total worldwide sales of seven million copies. His work has been published in twenty languages, and critical acclaim includes four Christy Awards for excellence in fiction. Davis divides his time between Oxford and Florida and holds a lifelong passion for speculative stories. As Thomas Locke, Davis is also the author of Emissary. Learn more at www.tlocke.com.