Medical drama, suspense & spiritual warfare combine to make a fast-paced read: My review of "An Open Heart" by Harry Kraus 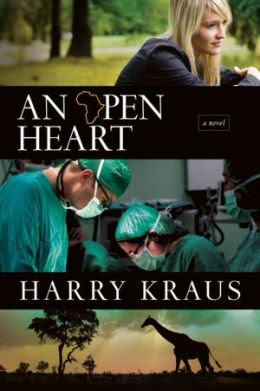 Check out a preview and my review of the latest book from Harry Kraus, courtesy of the publisher and CFBA: 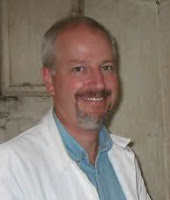 A Word from Harry:

I started writing my first novel during my last year of surgery training at UK. I was a chief resident, and started writing Stainless Steal Hearts in a call room at the Veteran's Administration Hospital in Lexington. It was a crazy time to write! I had a very demanding schedule, often spending days and nights in the hospital. I had two sons at that time, and I recognized the wisdom in my wife's urging: "Now doesn't seem the right time for this dream."

My experience as a writer is far from typical. Having received my formal training in biology and chemistry and medicine, my only preparation for a writing career was a love for reading. The longest thing I'd written before my first novel was a term paper in undergraduate school. My first novel was accepted by Crossway Books and published in 1994, and it wasn't until after I had FOUR published novels that I even opened a book of instruction about the craft of writing fiction. This is not what I recommend to others! Yes, I was successful, but I was bending the "rules" without knowing it. I had a natural talent for plotting, but I realize my initial success may have stunted my growth as a writer. I'd have made faster progress if I'd have gone to the fiction teachers sooner.

I have three sons: Joel, Evan, and Samuel. Look closely in all of my books and you'll see them there. My lovely wife, Kris, provides the basic composition for all those beautiful, athletic, dedicated women in my novels.

They hover between life and death, their hearts stopped on the surgery table. And the messages Dr. Jace Rawlings’ open-heart surgery patients bring back from beyond the grave cannot be ignored. For they predict the deaths of people around him, and point a finger of suspicion straight at him.

It thrusts Jace into a firestorm of controversy and danger. A maeltsrom blown by the darker winds of political intrigue and spiritual warfare. And the forces working against him will do anything to stop him from uncovering a truth they will kill to hide. He’d come to Kenya to establish a heart-surgery program for the poor. But what he will find in that place where he grew up will put everything at risk–his marriage, his career . . . his life.

If you would like to read the first chapter of An Open Heart, go HERE.

Set in the beautiful but corrupt landscape of Kenya, Harry's Kraus latest book offers up medical drama, suspense, and spiritual warfare in a fast-paced read. I greatly enjoyed that the book largely takes place in Africa, and the fact that the author himself resides in Kenya shows in the authentic feel to the descriptions of people and places and cultural nuances. I was particularly fascinated by the witch doctor who plays a prominent role in the story, and the way that the people of Africa are so much more open to acknowledge the spiritual forces that are at work behind the scene. I have found this to be true myself in the missions trips I've taken, such as my recent trip to Thailand. Kraus' inclusion of this aspect of Kenyan culture made for a unique twist to the plot and one that I hope to see in future novels from him as well. In terms of the controversy surrounding Dr. Jace Rawlings, I must admit that the actions of the villain did not always make sense to me (and I can't say more without ruining the plot). Nevertheless, the cross-cultural element of the threat over Jace's life made for some extra-intense scenes indeed! As with all of Harry Kraus' books, I most appreciate the way in which he can so seamlessly weave the power of what Jesus has done on the cross into his novels. "An Open Heart" not only provides an entertaining ride, but points to the grace of Jesus at the same time.

I award this book a solid rating of 4 out of 5 stars. Plan on picking up a copy of this book for yourself. You'll be glad you did!