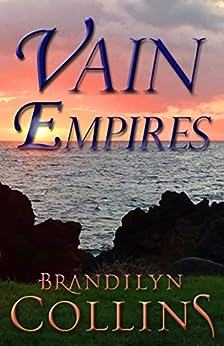 
Six people arrive on a remote island--contestants in the "reality show of the century," Dream Prize. The winner will be the person who learns the most facts about the others and gains the most viewer votes. Sounds simple. But the three men and three women soon discover nothing is as expected.

They are alone on the island. Cameras surround them, filming twenty-four hours a day. And their challenge? Discover which of the Seven Deadly Sins each contestant, including themselves, represents.

Turns out each person has a damning secret--one that could ruin his or her life. Those secrets are about to be revealed on live television.

And this is only the beginning of the twists in the game.


Brandilyn Collins latest novel is a uniquely satisfying read, unlike anything I've seen from her before. As per usual for a Collins novel, the pacing of this book is brisk, and I liked the way that the author introduces the reader to the contestants from multiple points of view. I was thoroughly engaged in this story from start to finish, and found it very difficult to put down. An undercurrent of unease permeates the plot as you move from one scene to the next, and it quickly becomes clear that all is not as it seems in the reality show game that the contestants are participating in.  As the story progressed, I found myself trying to piece together what exactly was going on as each clue was revealed, and I love that I never could figure out the twists and turns of the story until everything became clear at the end! And what I like best about this novel is that not only is it terrifically entertaining, but it found me contemplating the human condition and our propensity to hide our actions and our sins from others. For some reason, we all seem to believe that the safest and best thing to do is pretend like we are perfect and do no wrong, rather than discovering that the truth is actually what will set us free. "Vain Empires" creatively brings this spiritual truth to light in a story that left me deep in thought for some time.

Fans of Brandilyn Collins will definitely enjoy this well written book, and if you've never yet read one of her novels, then this is a good place to start! I strongly recommend "Vain Empires", and give it a rating of 4.5 out of 5 stars.