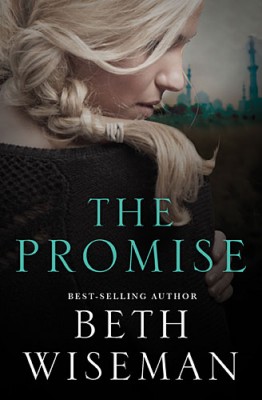 Years ago, Mallory had a chance to save her cousin's life by donating her kidney, but the opportunity was denied to her and she has regretted it ever since. Now she's determined to make up for her loss by again taking action to save a life, even though it means she must end her long-term relationship with Tate, a man who has loved Mallory for years. As Mallory travels to Pakistan to marry another man in-name-only and rescue a young woman by doing so, she embarks on a journey far more dangerous than she ever could have imagined.

The Promise was a truly thought-provoking book, and I found myself pausing numerous times to reflect on the fact that it's based on a true story. Did she really do this? Is it possible? Numerous times I found myself thinking on how I would handle it if my daughter or love of my life  did something like Mallory, flying off to Pakistan with little thought for her safety, determined to save a life no matter the cost. Quite honestly, there were moments that I thought that Mallory was foolish for what she did. And yet I also saw how God chose to take her well-meant intentions and truly use them in an unexpected way to bring good. And that it what I take away from this story, that God is bigger than our plans and our mistakes! I will admit to being a bit disappointed by the actions of some of the characters. For example, in some ways Tate Webber presents as a really strong Christian, a man of prayer whose faith drives him to do give up his owns wants and dreams for others. Sounds like a hero to me! And yet it's pretty clear from the story, at least in the beginning, that he is wanting to get Mallory into bed. I'm not sure if Beth Wiseman is simply depicted this character as true to form, based on a real person. But it was difficult for me to reconcile this desire to sleep with Mallory before they have married, something completely at odds with the Bible, with a man supposedly wanting to at the same time lead Mallory to Jesus. Also, while I appreciated the respect that the book shows towards both Christianity and Islam, showing the good and bad of both, I hoped for the book to make a stronger stance about that fact that only Jesus, as son of God, can lead us to salvation.

I give this book a mild recommendation, acknowledging that it is well written and is a story worth reading, both as a warning to women who may be tempted to act like Mallory did, and also as a book that will have you thinking about what you believe and why - which is always a good thing! 3.5 out of 5 stars.

Book has been provided courtesy of the publisher via the Booklook Bloggers review program, for the purposes of this unbiased review.