Effortlessly blends past and present: "The Inheritance" by Michael Phillips 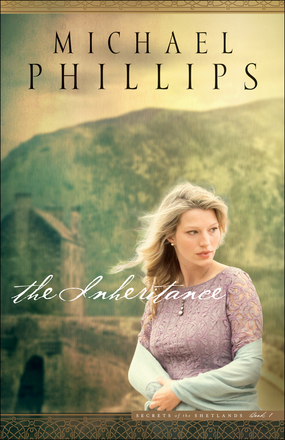 
The death of clan patriarch Macgregor Tulloch has thrown the tiny Shetland Islands community of Whales Reef into turmoil. Everyone assumed Tulloch's heir to be his much-loved grandnephew David. But when no will is discovered, David's calculating cousin Hardy submits his own claim to the inheritance, an estate that controls most of the island's land. And Hardy knows a North Sea oil investor who will pay dearly for that control.

While the competing claims are investigated, the courts have frozen the estate's assets, leaving many of the locals in dire financial straits. The future of the island--and its traditional way of life--hangs in the balance.

Meanwhile, Loni Ford enjoys a rising career in a large investment firm in Washington, D.C. Yet, in spite of outward success, she is privately plagued by questions of identity. Orphaned as a young child, she was raised by her grandparents, and while she loves them dearly, she feels completely detached from her roots. That is, until a mysterious letter arrives from a Scottish solicitor. . . .

Past and present collide in master storyteller Michael Phillips' dramatic new saga of loss and discovery, of grasping and grace.

Effortlessly blending the past and the present, "The Inheritance" by Michael Phillips offers up a compelling story written in a beautiful, lyrical style. The author excels at creating characters who live and move and breathe, and for every character you love there will be one that you just can't abide. Now, initially as I encountered the myriad of characters in the story, I was having trouble keeping them straight in my mind. I felt much like the wind over the hills of Shetland, flitting from place to place without landing anywhere. But then I became engrossed in the lives of David and Loni in particular, and in the blend of the past and the present, and became anxious to find out how the tale would resolve. Readers looking for a fast-paced contemporary novel should come at this novel expecting a slower pace, as it did take me some time to get into the story. But once I began to care about the people of Whales Reef and began to fear what would happen should the oil barons use Hardy as their pawn to take over the Island and destroy their way of life, I was utterly hooked.

"The Inheritance" is one of those books that settles into your soul and leaves you thinking about the gentle spirituality woven into the pages, and longing for the seemingly simpler way of life that is depicted. I turned the final page not prepared to step away from the people of Whales Reef and feeling somewhat inpatient that I will have to wait until the second novel in the series to see what will happen next!

Fans of other works by Michael Phillips will no doubt enjoy his latest novel, and will soon fall in love with these characters that quickly feel like friends. I award this novel a rating of 4 out of 5 stars, and look forward to what lies in store for David and Loni in the future! 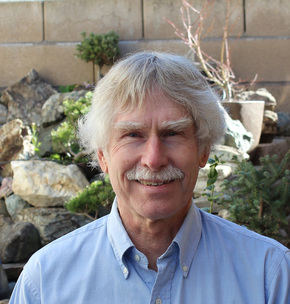 Michael Phillips is a bestselling author who has penned more than seventy books, both fiction and nonfiction. In addition, he has served as editor/redactor of nearly thirty more books. Over the past thirty years, his persistent efforts have helped reawaken interest in the writings of nineteenth century Scotsman George MacDonald. Michael and his wife, Judy, spend time each year in Scotland, but make their home near Sacramento, California.