A solid start to a great new series: "Dangerous Illusions" by Irene Hannon 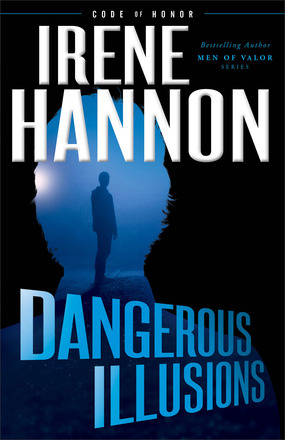 
Trish Bailey is on overload trying to deal with a demanding job, an ailing mother, and a healing heart. When a series of unsettling memory lapses leads to a tragic death--and puts Trish under police scrutiny--her world is once again thrown into turmoil.

Detective Colin Flynn isn't certain what to think of the facts he uncovers during his investigation. Did Trish simply make a terrible mistake or is there more to the case than meets the eye? As he searches for answers, disturbing information begins to emerge--and if the forces at work are as evil as he suspects, the situation isn't just dangerous . . . it's deadly.

Bestselling and award-winning author Irene Hannon will capture your imagination with a mind-bending story that will have you doubling back to retrace your steps--and figure out what you missed!

Unexpected moments, suspense-filled scenes, and likeable characters make a winning combination in Irene Hannon's latest novel, "Dangerous Illusions"! Those looking for a blend of suspense and romance together will be pleased with what unfolds in this novel. The sparks certainly fly from the moment that Trish and Colin meet, and you can't help cheering on these great characters as things unfold.  Some of the romantic elements were a bit beyond me, but I have no doubt that female readers in particular will be feeling all starry eyed as Colin and Trish dance ever closer to a relationship. And in regards to the suspense, I like novels that keep me guessing and Hannon definitely accomplished that here, as there were a number of reveals in the story that I didn't see coming.  I especially liked that, while there is a happy ending to the story, the suspense elements aren't all neatly wrapped up in a bow, reflecting real life in that aspect. Colin's role in law enforcement felt authentically portrayed, and I appreciater that even though he is certainly heroic, it is clear that it takes a team to fight a crime and he isn't just a one man show. Too many books try to make the suspense all about one character, and I like that Hannon doesn't do that here. Colin's friends that are introduced in this novel, while they may play a more minor role in this story, are set up nicely to star in their own novels in the series (or at least that's my best guess at where things will go from here).

"Dangerous Illusions" is a solid start to what is shaping up to be a great new series. Irene Hannon continues to be one of the best in the romantic suspense genre, and I am sure that her fans are going to love this latest offering. I award this book a strong 4 out of 5 stars.

Irene Hannon is the bestselling and award-winning author of more than fifty novels, including Buried Secrets, Thin Ice, and Tangled Webs, as well as the Heroes of Quantico, Guardians of Justice, and Private Justice series. In addition to many other honors, she is a seven-time finalist for and three-time winner of the prestigious RITA Award from Romance Writers of America. She is also a member of RWA's elite Hall of Fame and has received a Career Achievement Award from RT Book Reviews. Learn more at www.irenehannon.com.