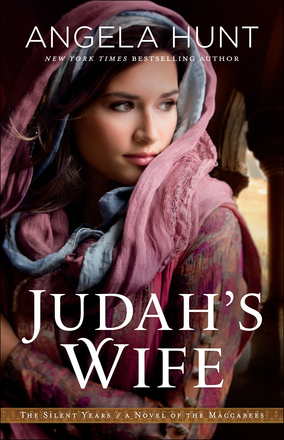 
To Be Silent Would Be to Deny Their God, To Defy Would Bring the Wrath of the King.

Seeking quiet and safety after a hard childhood, Leah marries Judah, a strong and gentle man, and for the first time in her life Leah believes she'll have peace. But the very nation Judah was named for has been conquered by a cruel king, who decrees that all Jews are to conform to Syrian laws or risk death for following the laws of Moses.

Judah's father resists the decree, igniting a war that will cost him his life. But before dying, he commands Judah to pick up his sword and continue the fight--or bear responsibility for the obliteration of Israel. Leah, who wants nothing but peace, struggles with her husband's decision--what kind of God would destroy the peace she has sought for so long?

The miraculous story of the courageous Maccabees is told through the eyes of Judah's wife, who learns that love requires courage . . . and sacrifice.

The second novel in "The Silent Years" series is every bit as fascinating and absorbing as the first, "Egypt's Sister". Angela Hunt's historical detail will transport you back in time until you will feel like you are walking the streets of Jerusalem at Leah's side, or breathing in the dust raised by the horses hooves of the enemy armies advancing upon Judah and the faithful followers of Adonai. Hunt has crafted some engaging characters in Judah and Leah, and Leah's story of witnessing extreme domestic abuse in her home especially engaged my sympathies. I loved watching God's hand at work in her life and in the love that grew between Judah and Leah, in the midst of pain and fear and uncertain times. I thought Hunt did an excellent job at switching between each of their viewpoints, as this added more complexity to the story.

I always love it when I encounter a historical novel featuring a people group that I've never read about before, and such was the case with this novel and the story of the Maccabees. I was struck especially by the humility of the Israeli people as they humbled themselves before God and truly repented and wept for the evil they had participated in. In looking at my own life and that of the church today, this position of humility is one that is needed today. The weapons we fight with are not physical, but the weapon of prayer and a posture of reliance on God certainly remains the same.

Let yourself be swept into history and into a grand tale that will have your pulse pounding as you are engaged in a story of God's faithful standing up for truth. Grab a copy of "Judah's Wife" - you will be glad you spent time with this well-written novel! I award this book a high rating of 5 out of 5 stars.

The author of more than 100 published books and with nearly 5 million copies of her books sold worldwide, Angela Hunt is the New York Times bestselling author of The Note, The Nativity Story, and Esther: Royal Beauty.Romantic Times Book Club presented Angela with a Lifetime Achievement Award in 2006. In 2008, Angela completed her PhD in Biblical Studies in Theology. She and her husband live in Florida with their mastiffs. She can be found online at www.angelahuntbooks.com.