Edge of your seat thriller: "The Line Between" by Tosca Lee 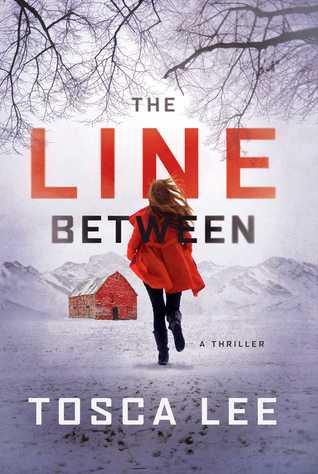 
In this frighteningly believable thriller from New York Times bestselling author Tosca Lee, an extinct disease re-emerges from the melting Alaskan permafrost to cause madness in its victims. For recent apocalyptic cult escapee Wynter Roth, it’s the end she’d always been told was coming.

When Wynter Roth is turned out of New Earth, a self-contained doomsday cult on the American prairie, she emerges into a world poised on the brink of madness as a mysterious outbreak of rapid early onset dementia spreads across the nation.

As Wynter struggles to start over in a world she’s been taught to regard as evil, she finds herself face-to-face with the apocalypse she’s feared all her life—until the night her sister shows up at her doorstep with a set of medical samples. That night, Wynter learns there’s something far more sinister at play and that these samples are key to understanding the disease.

Now, as the power grid fails and the nation descends into chaos, Wynter must find a way to get the samples to a lab in Colorado. Uncertain who to trust, she takes up with former military man Chase Miller, who has his own reasons for wanting to get close to the samples in her possession, and to Wynter herself.

Filled with action, conspiracy, romance, and questions of whom—and what—to believe, The Line Between is a high-octane story of survival and love in a world on the brink of madness.


Tosca Lee has offered up an incredible tale with "The Line Between", a novel that had me on the edge of my seat from start to finish. She blends an end of the world type scenario with a twisted cult, and the result is like nothing I've ever read before. Wynter's journey, both her time in the cult and her exit, is mesmerising and chilling in equal parts. Her determination to save those she loves will earn her instant sympathy with readers, and the addition of Chase Miller and his military history adds a new twist to her efforts. Chase scenes, a life and death scenario, a world on the brink of chaos, and of course a hint of romance (handled just right, in my opinion), all add together to make for quite a ride! Now, we are dealing with an end of the world type scenario, so readers will have to suspend their sense of disbelief at some of the plot scenes. But really, this may rather be a case of us HOPING that a story like this never pans out. With the crazy headlines that emerge in the news nowadays, it does feel like anything is possible, and Lee has captured that kind of societal angst to perfection.

When the ending came, I felt like I just didn't want to step away from these characters, and I'm pleased to see that a follow-up novel is already in the works to be released in September 2019. Thank goodness we don't have to wait too long to see what is going to happen next! I for one feel that this may be one of Tosca Lee's best efforts to date, and I award it 4.5 out of 5 stars. Tosca Lee is the award-winning, New York Times bestselling author of the House of Bathory duology (THE PROGENY and FIRSTBORN--currently in development for TV), ISCARIOT, THE LEGEND OF SHEBA, DEMON: A MEMOIR, HAVAH: THE STORY OF EVE, and the Books of Mortals series with New York Times bestseller Ted Dekker (FORBIDDEN, MORTAL, SOVEREIGN). A notorious night-owl, she loves watching TV, eating bacon, playing video games and football with her kids, and sending cheesy texts to her husband. You can find Tosca at ToscaLee.com, on social media, or hanging around the snack table. Look for A SINGLE LIGHT, the follow-up to THE LINE BETWEEN, September 2019.