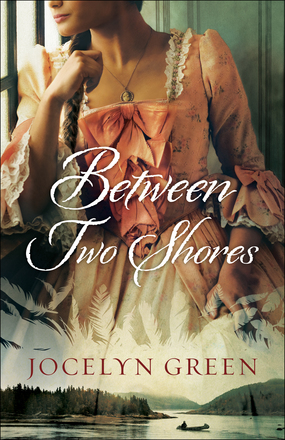 She Has Always Moved Between Worlds,
But Now She Must Choose a Side

The daughter of a Mohawk mother and French father in 1759 Montreal, Catherine Duval would rather remain neutral in a world tearing itself apart. Content to trade with both the French and the British, Catherine is pulled into the Seven Years' War against her wishes when her British ex-fiancé, Samuel Crane, is taken prisoner by her father. Samuel claims he has information that could help end the war, and he asks Catherine to help him escape.

Peace appeals to Catherine, even if helping the man who broke her heart does not. But New France is starving, and she and her loved ones may not survive another winter of conflict-induced famine. When the dangers of war arrive on her doorstep, Catherine and Samuel flee by river toward the epicenter of the battle between England and France. She and Samuel may impact history, but she fears the ultimate cost will be higher than she can bear.


Written with emotion and grace, "Between Two Shores" is a powerful novel that will long linger on your mind. Jocelyn Green has once again offered up a historical fiction tale that will capture your heart with characters who walk through pain and tragedy towards bittersweet triumph.

As a Canadian reader, I certainly appreciated the setting of the story near Montreal, giving me a glimpse of what life was like in the mid-1700's and a picture of the tension between the French and the British and the First Nations peoples. Catherine's unique social standing straddling both worlds of the Mohawk and the French provided for a riveting plot, one filled with heart-ache and pain and yet tempered by healing and hope. I have read books set in this time period before and found them to be rather slow moving. Such is not the case here, as Green's novel kept me glued to the pages. If they are anything like me, readers will not only come to care about the myriad of characters we are introduced to, but will be eager to see how things unfold in the war and among the First Nations peoples, not to mention the difficult relationship between Catherine and her former fiance Samuel. And in the midst of the life unfolding on the pages of the story, God's grace simply shines through as we are given a picture of how we ourselves were lost but have been ransomed by Jesus and are offered healing and wholeness as a result.

Jocelyn Green continues to shine in the world of Christian historical fiction, and "Between Two Shores" is another wonderful novel indeed. I award this story a rating of 4.5 stars, and urge all loves of historical fiction to add this novel to their collection. They will surely be glad they did!