Another winner! My review of "Storming the Black Ice" by Don Brown

Deep under the icy tundra of Antarctica, black gold awaits discovery and exploitation. Knowing that the nations that control that oil will have access to the world's largest oil reserves, Britain and Chili form a top secret alliance to harvest the oil. However, their plans are thwarted when the Argentinians attack the British outpost on Antarctica. Soon, Britain and Chile find themselves at war with Argentina and enemy allies Venezuela and Russia. Pete Miranda, an America sub-commander on assignment to Chile's navy, soon finds himself in a dangerous game of cat and mouse, with the fate of nations at risk.

Dan Brown's third installment of the "Pacific Rim" Series is a riveting read, full of explosive scenes and nail-biting tension. He presents a "what-if" scenario that seems entirely too plausible of a case for plunging the nations of the world into war. I really enjoyed the characters in this book, from good to bad, and thought that Brown put just enough depth into his characterization without slowing the plot down. Pete is quite the character indeed, having me smiling one moment and gripping the pages the next as he battled for his very survival. I did find that some of the "in-between" action scenes contained a lot of detail that, while interesting, did slow things down a bit. But overall the intense, intriguing plot left me feeling like I was reading a story ripped from the headlines, and I simply couldn't put it down. I also loved the focus in this book on prayer and the power to absolutely change our reality and for God to intervene in a real, tangible way. I liked the following quote from one mysterious character, which states "No matter what storms we are facing, God will lead us through and provide comfort". That is a great truth!

"Storming the Black Ice" is another winner, and I am positive that fans of Don Brown's prior novels are going to enjoy this well-written book. 4.5 out of 5 stars. 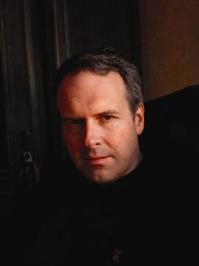