Deeply moving: My review of "The Winner's Game" by Kevin Alan Milne 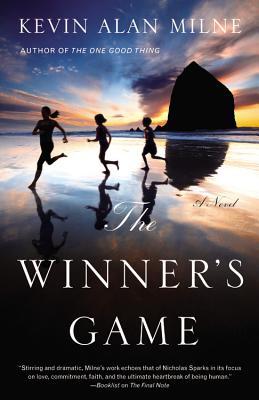 
Ever since seventeen-year-old Ann Bennett was diagnosed with a life-threatening heart condition two years ago, her family has been pulling apart. Ann and her two younger siblings fight constantly, as do their parents. When the doctors announce that Ann's only hope of survival is a heart transplant by the end of the summer, the Bennetts decide to wait for news of a donor at a family vacation home on the Oregon coast, near Haystack Rock.

But rather than healing their differences, the time away only widens the rifts between them. That is, until they learn about The Winner's Game, a game their great grandparents invented to save their marriage decades ago. It doesn't work immediately, it takes some time to figure out the right way to play, but little by little things start to change. It seems everything might be okay, until the day tragedy strikes, and they are confronted with what it really means to love--and to be a family.

Kevin Milne has penned a deeply moving story, one that explores the true meaning of love and family and left me with a strong sense of hope. The characters are beautifully developed, and I enjoyed moving between the different points of views of the different family members. The actions of Cade and Bree left me laughing many a time, while Ann's humanness and struggles and ultimately bravery left me inspired. Just when I thought I'd figured out where the story was headed, the author threw in a twist and things ended up even better than I expected! The idea of "The Winner's Game" is a brilliant one and I'd honestly like to give this concept a try in my own family with my wife and children. Milne does a great job at depicting the struggles any of our marriages can face, and how it can be all too easy for couples to grow emotionally distant and start cracking under the strain of life's challenges. The author doesn't paint an unrealistic picture of a marriage magically being repaired. Rather, he shows how commitment and hard work (albeit rewarding) can pay off to turn things around. In an age where divorce has become the first reaction couples have to stress in their marriage, this book serves as a beautiful reminder that there is another, and better, way.

"The Winner's Game" will not only provide you with a few hours of enjoyable reading, but will remind you of all the blessings family has to offer as well. I strongly recommend this well-written novel, and award it 4 out of 5 stars.
Book has been provided courtesy of the publisher for the purposes of this unbiased review. 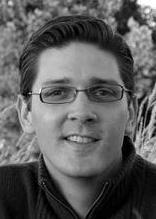