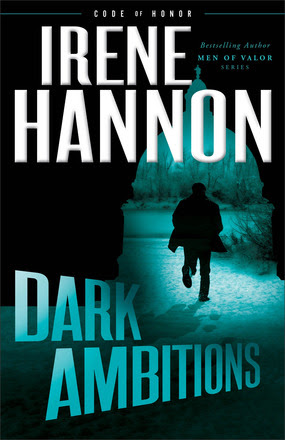 
Former Army Night Stalker Rick Jordan usually has his camp for foster children to himself during the winter months. But someone has visited recently--leaving a trail of blood. One of the two clues left behind tips Rick off to the identity of his visitor, who soon turns up dead. The police deem it an accident, but Rick isn't convinced.

With the help of private investigator Heather Shields, he sets out to decipher the remaining clue. Except someone doesn't want them to succeed--and will stop at nothing to keep them from finding the truth.


Irene Hannon has fashioned a tale full of mystery and romance with her third instalment in the "Code of Honor" series.  Although she gives her readers the opportunity to catch up with the characters she introduced in the prior two books of the series, the novel can easily be read and enjoyed as a stand-alone novel as well.

Heather and Rick are both characters with much to admire, with integrity and loyalty guiding their lives. As they are thrown into a case together, we know from the beginning from the sparks that are flying that the outcome between these two is all but assured. But the ride to get there is an intriguing one indeed, as they seek to find out the truth behind the trail of blood that has been left on Rick's property, and work to sort out their feelings along the way. Hannon does an admirable job at keeping the reader guessing on who the perpetrator is, with a number of possibilities emerging over the course of the story so that you'll keep turning the pages. The only part of the story that I found a bit predictable is that the fact Rick is Heather's client means that he's off limits in terms of formally exploring a relationship between them, a plot device that seems to be used quite a bit. But that part aside, the journey to finding out what exactly is going on is an enjoyable one indeed, both in terms of the elements of mystery and the future of Heather and Rick's relationship. I have no doubt that fans of Irene Hannon's romantic suspense novels will be left with a smile on their face as they turn the final few pages.

As the series has now drawn to a close and readers are left with the happy ending they were all longing for, we can only hope that the wait won't be too long to find out what Irene Hannon has next in store. As for "Dark Ambitions", I award this novel a solid rating of 4 out of 5 stars.

Irene Hannon is the bestselling author of more than fifty novels, including Hope Harbor, Sea Rose Lane, Sandpiper Cove, Pelican Point, and Driftwood Bay, as well as the Code of Honor, Private Justice, and Men of Valor suspense series. Her books have been honored with three coveted RITA Awards from Romance Writers of America, and she is a member of that organization's elite Hall of Fame. Her many other awards include National Readers' Choice, Daphne du Maurier, Retailers' Choice, Booksellers' Best, Carols, and Reviewers' Choice from RT Book Reviews magazine, which also honored her with a Career Achievement award for her entire body of work. In addition, she is a two-time Christy Award finalist. Learn more at www.irenehannon.com.