High-octane suspense: My review of Downfall by Terri Blackstock

Downfall is the third book in the Intervention Series, and sees the return of the Covington family. Emily Covington has worked hard to achieve two years of sobriety from her drug addictions that so damaged her family, while her mom has obtained a new job and her brother Lance is trying to survive highschool. The progress and healing the family has experienced is cast into doubt when a home-made bomb is attached to Emily's car and a woman is murdered. The cascade of events that follows thrusts Emily into suspicion from her family that she's again using, while a shocking turn leads the police to focus on Emily as a suspect.

Blackstock continues to amaze me with her ability to churn out high-octane suspense novels. I greatly enjoyed Downfall and, though I'd only set out to read a few chapters before bedtime, I found I couldn't put the book down and read into the wee hours of the night until I'd reached the excellent conclusion. I enjoyed revisiting the Covington family, and my heart broke as Emily's innocent actions led her into a web of consequences that had me biting my nails. Blackstock did an excellent job of building tension, and the plot was tightly woven. I especially loved the brother-sister relationship between Emily and Lance, and Lance's courage and his decision to stand up for his sister through all 3 Intervention novels makes him special indeed. Addiction has heart-breaking effects on families, and Downfall and the entire series has really brought that to light while providing a thoroughly entertaining ride.

I highly recommend Downfall and award it 5 out of 5 stars, and if you haven't had a chance to read the first two books in the series, please do - you won't be disappointed!

Book has been provided courtesy of the publisher, Zondervan, for the purposes of this unbiased review. 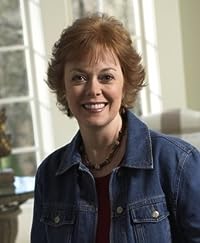 Terri Blackstock is a New York Times best-seller, with over six million copies sold worldwide. She has had over twenty-five years of success as a novelist. Terri spent the first twelve years of her life traveling in an Air Force family. She lived in nine states and attended the first four years of school in The Netherlands. Because she was a perpetual "new kid," her imagination became her closest friend. That, she believes, was the biggest factor in her becoming a novelist. She sold her first novel at the age of twenty-five, and has had a successful career ever since.