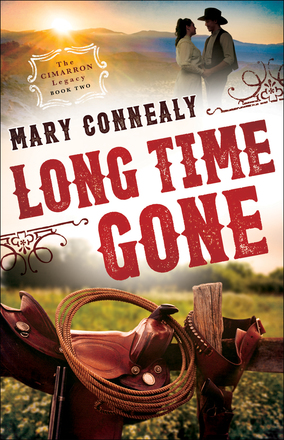 Someone Will Stop at Nothing to Claim the Boden Homestead!

The Boden clan thought their problems had ended with the death of a dangerous enemy, but have they uncovered the real plot to take their 1880s New Mexico ranch? Justin Boden is a top rancher and a rugged man, and yet with his brother, Cole, shot and in mortal danger, even a tough man faces doubts. And it doesn't help that Angie DuPree, the assistant to the doctor trying to save Cole, is as distracting a woman as Justin ever laid eyes on.

With her and the doc's timely skills, Cole looks to be on the mend. Now Justin and the rest of the Bodens can turn their attention back to the threats facing them. It's clear now that everything that's occurred is part of a much bigger plot that could date back to a decades-old secret. Can they pull together all the pieces before danger closes in on them, or is the risk of losing the ranch even greater than any of them could imagine?

Filled with laugh-out-loud scenes, entertaining characters, and action-packed gun fights, there is never a dull moment in "Long Time Gone". I quite enjoyed my journey through this second addition to the Cimarron Legacy, and am certain that those readers looking for a bit of romance will enjoy the sparks that ignite between Justin and Angie. Now I will say that a few of the moments in the book were a bit over the top and the characters subsequently didn't always ring true. But you have to approach a book like this in a certain mood expecting some lighthearted shenanigans. And when I say there was laugh-out-loud scenes - I'm not lying! I don't want to spoil it of course but there is one interaction between the characters that I found particularly hilarious, perhaps because I could see myself stumbling over my words like these characters.

In the midst of all the flying bullets, I think what I most appreciated is the way that Connealy depicts marriages in this book, one where there is absolute love and support, accompanied by laughter and strong women and courageous men. These are the kind of marriages that we all long for today, and in an age where marriage and God and dedication seems like an after thought, books like these point us to a better way. And of course, folding some deeper themes like that into a novel packed with plenty of action makes for a solid book in my humble opinion!

Fans of Connealy will appreciate adding this novel to their collection, and will no doubt be eager for another romantic comedy about cowboys with the third book in the series.  I award this novel 4 out of 5 stars.