Will keep you guessing: "Code of Valor" by Lynette Eason 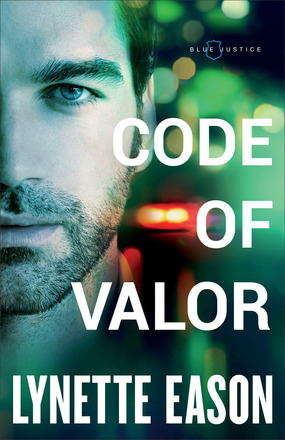 She's living proof that what you don't know could kill you

What Detective Brady St. John really needs is a relaxing vacation. Unfortunately, just as the sun is setting on his second day at a friend's cabin on Lake Henley, he hears a scream and races to rescue a woman from her would-be killer. When the killer escapes only to return to finish the job, Brady vows to utilize all of his many resources to keep her safe--and catch those who would see her dead.

Financial crimes investigator Emily Chastain doesn't trust many people. And even though she's trying to cooperate with the detective who saved her life, there are some things she doesn't know--and some things you just don't share with a stranger. Little does she suspect that what she doesn't know just might get them both killed.


With tense scenes, flying bullets, and multiple plot-twists that will keep you guessing, "Code of Valor" is a thrill ride from start to finish. Featuring another member of the St. John family that has been the focus of this series, Detective Brady, as well as a woman he rescues while he is supposed to be on vacation, Emily Chastain, the book explodes into action from the get-go. I just couldn't get enough of this book for the first few chapters, and I found it impossible to put down. As things progressed, I will admit that my interest fell a little. Normally, non-stop action is exactly what I'm looking for, but for some reason I almost felt that this book had too many bullet riddled scenes to the point that it felt like it was a bit too much outside of reality for me. Despite that, I did enjoy that there was nary a dull moment to be found, and I like the interplay of faith versus doubt that Eason explores in her characters, something her readers will be able to relate to. While Emily wasn't my most favourite character to emerge from Eason's fertile mind (I didn't love some of her choices that put her in danger), I did really like the way that Emily and Brady interact and come to develop those romantic sparks that readers always hope for with their romantic suspense novels. And there is a deeply touching scene in this novel of spiritual significance, one that was really the winning moment for me and made this one worth the read!

Lynette Eason has cultivated a large group of fans who enjoy her action-infused novels and complex plots, and they will surely enjoy her signature suspense in "Code of Valor". I award this novel a rating of 3.5 out of 5 stars.