Joelle Daughtry has a secret.

By day, the impoverished Southern belle has been helping her sisters in their quest to turn the run-down family plantation into a resort hotel after the close of the Civil War. But by night and under a male pseudonym, she has been penning articles for the local paper in support of constructing a school for former slaves. With the Mississippi arm of the Ku Klux Klan gaining power and prestige, Joelle knows she is playing a dangerous game.

Loyalties shift when Schuyler Beaumont, childhood enemy and current investor in the Daughtry House renovation, takes over his assassinated father's candidacy for state office. Joelle finds that in order to protect her family and her home, she and Schuyler will have to put aside their longstanding personal conflict and develop a united public front. The trouble is, what do you do when animosity becomes respect--and even love--if you're already engaged to someone else?

Having thoroughly enjoyed the first novel in the Daughtry House series, I am pleased to report that this second novel in the series is every bit as good as the first! From the first few opening scenes, I had already developed a strong liking for the characters of Joelle and Schuyler, and as the story progresses my affection just grew from there. I loved the playfulness and laughs that erupt between them, the way that Joelle often refuses to take herself seriously, and the fact that deep down they both just have such good hearts you can't help but root for them to succeed at their endeavors. Joelle's strong stance on social justice issues was admirable. And, readers who crave at least a bit of romance in the novels they choose will be pleased that "A Reluctant Belle" has just the right touch. Although the ending won't necessarily offer up much in the way of surprises regarding where Joelle's heart ends up, its an enjoyable journey to get there!

The theme of white supremacy that rears its ugly head in the formation of the Ku Klux Klan in this novel was sobering to consider, especially with the racial tensions that persist today and the role this plays in modern hate crimes that rob the headlines of any good news. Beth White has shown how, unfortunately, nothing is new under the sun and that past and present and future have these same issues of people hating people for the different colour of their skin. In that way, the Daughtry House sisters continue to inspire as differences among skin colour and race means nothing to them, and they look at each person as the fellow human that they are. That is a lesson we would all do well to be repeating!

"A Reluctant Belle" is another great addition to what is proving to be a well-written series. I give this book a solid rating of 4 out of 5 stars. 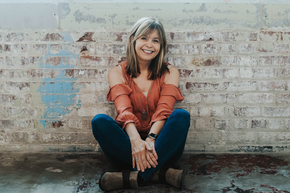 Beth White's day job is teaching music at an inner-city high school in historic Mobile, Alabama. A native Mississippian, she writes historical romance with a Southern drawl and is the author of The Pelican Bride, The Creole Princess, The Magnolia Duchess, and A Rebel Heart. Her novels have won the American Christian Fiction Writers Carol Award, the RT Book Club Reviewers' Choice Award, and the Inspirational Reader's Choice Award. Learn more at www.bethwhite.net.