A fabulous new book from a favourite author: Bridge to Haven by Francine Rivers


Well, I'm moving, so I'm super busy and I'm not going to do a regular review. Plus, I got this book from the library, so I read it just for pure enjoyment! But I liked it so much I thought I'd share that it is a great story and well worth the read. Make sure you check it out 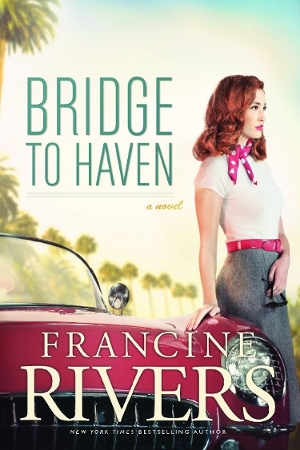 To those who matter in 1950s Hollywood, Lena Scott is the hottest rising star to hit the silver screen since Marilyn Monroe. Few know her real name is Abra. Even fewer know the price she's paid to finally feel like she's somebody.
To Pastor Ezekiel Freeman, Abra will always be the little girl who stole his heart the night he found her, a wailing newborn abandoned under a bridge on the outskirts of Haven. Zeke and his son, Joshua--Abra's closest friend--watch her grow into an exotic beauty. But Zeke knows the circumstances surrounding her birth etched scars deep in her heart, scars that leave her vulnerable to a fast-talking bad boy who proclaims his love and lures her to Tinseltown.
Hollywood feels like a million miles from Haven, and naive Abra quickly learns what's expected of an ambitious girl with stars in her eyes. But fame comes at an awful price. She has burned every bridge to get exactly what she thought she wanted. Now, all she wants is a way back home.
In this riveting and highly anticipated tale of temptation, grace, and unconditional love, "New York Times" best-selling author Francine Rivers delivers big-canvas storytelling at its very best 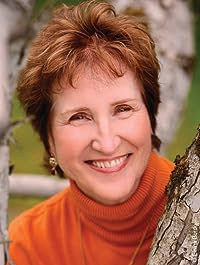 "New York Times" best-selling author Francine Rivers began her literary career at the University of Nevada, Reno, where she graduated with a bachelor of arts degree in English and journalism. From 1976 to 1985, she had a successful writing career in the general market, and her books were highly acclaimed by readers and reviewers. Although raised in a religious home, Francine did not truly encounter Christ until later in life, when she was already a wife, a mother of three, and an established romance novelist. Shortly after becoming a born-again Christian in 1986, Francine wrote "Redeeming Love" as her statement of faith. First published by Bantam Books and then rereleased by Multnomah Publishers in the mid-1990s, this retelling of the biblical story of Gomer and Hosea, set during the time of the California Gold Rush, is now considered by many to be a classic work of Christian fiction. Redeeming Love continues to be one of the CBA's top-selling titles, and it has held a spot on the Christian best-seller list for nearly a decade. Since "Redeeming Love," Francine has published numerous novels with Christian themes--all best sellers--and she has continued to win both industry acclaim and reader loyalty around the globe. Her Christian novels have been awarded or nominated for numerous honors, including the RITA Award, the Christy Award, the ECPA Gold Medallion, and the Holt Medallion in Honor of Outstanding Literary Talent.