An emotional, incredible journey: "Send Down the Rain" by Charles Martin 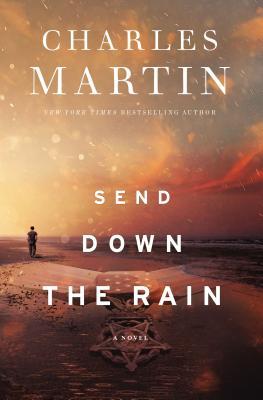 Joseph is held captive by his traumatic past, from the loss he experienced in childhood to the deep emotional scars left by war, to the shocking scene he discovered upon coming home from war. Now in his sixties, he remains isolated from the world with no one but a faithful dog for company. But when he discovers two children and their mother in the forest running from a truly vicious man, his protective instincts come to life. His actions soon find himself confronting pieces of his past and find him crossing paths with a woman he's loved from his childhood, Allie. But just as Allie and "Jo-Jo" discover a rekindling of their love, long-held secrets emerge that threaten their future, secrets with far-reaching consequences should they ever come to light.

Charles Martin has truly outdone himself with what has now become my favourite of his novels to date, one that was even better than what I hoped for. From the opening scenes to the dramatic conclusion, I just couldn't get enough of this story. As the final chapters drew to a close, I was literally left with tears on my face. I had to close the book and just sit for a moment and process the deep emotions that Martin had succeeded at pulling from me as I witnessed the healing and freedom that occurred in the character's lives. "Send Down the Rain" is a powerful novel that you will absolutely be blessed by, one not only populated by characters that will tug on your heart strings, but a novel filled with drama and action that will keep you mesmerized. Martin has succeeded at creating a book both character-driven and filled with suspense and unexpected surprises, all while exploring spiritually rich themes that will leave you much to ponder. In my opinion, this is easily one of the best book that I have read so far this year.

I give this book my highest rating of 5 out of 5 stars, and urge you to get a copy of this amazing novel for yourselves. You will be glad you did!

CHARLES MARTIN is a New York Times bestselling author of 13 previous novels, including his most recent, 'Send Down The Rain.' His work is available in 30+ languages. He lives in Jacksonville, Florida with his wife and their three sons.