Breathes with danger and intrigue: "Hidden Peril" by Irene Hannon 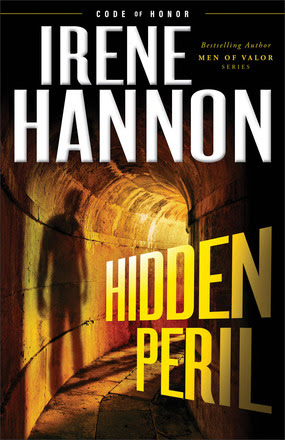 As teenagers, Kristin Dane and her two best friends took a vow to make the world a better place. Twenty years later, she's fulfilling that pledge through her fair trade shop that features products from around the world. All is well until, one by one, people connected to the shop begin dying.

Detective Luke Carter, new to the St. Louis PD, wants to know why. Before he can answer that question, however, the FBI weighs in and Kristin suddenly finds herself in the middle of international intrigue--and in the sights of the ruthless mastermind behind an ingenious and deadly scheme. Can this cold-blooded killer be stopped before more people die . . . including Kristin?

Three-time RITA Award-winner and "queen of inspirational romantic suspense" (Library Journal) Irene Hannon doesn't disappoint in this edge-of-your-seat thriller that will have you up late as you rush toward the explosive conclusion.

The second novel in the "Code of Honor" series breathes with danger and intrigue, holding you in its grip from the opening scenes. I thoroughly enjoyed the international flair of this novel, the hunt to stop terrorists from carrying out their schemes. Kristin was a fascinating character to get to know, from the courage she displayed to the way that she confronted some deep hurts from her past. I loved the strong friendship that is displayed between Kristin and her friends from childhood, Rick and Colin, a friendship that honestly you don't see much of in real life. The way that they stood by each other through thick and thin is an admirable trait and an amazing picture of how we as the body of Christ should be supporting each other.

And as for those readers who particularly enjoy the "romantic" part of romantic suspense novels, they are in for some heart pounding scenes as Kristin and Detective Luke work together to unravel who is behind the murders, in the process discovering the possibility of lasting love. For being a Christian novel that has nothing too racy, Irene Hannon still manages to make the scenes passionate indeed! As the plot twisted and turned and the end grew closer, I found myself unable to do anything but keep reading to see how the murder investigation - and their relationship - resolved. I dare not say more as I don't want to spoil it, but trust me when I say that this is a novel worth reading.

Fans of Irene Hannon can rejoice that she continues to offer up books as well-plotted and likeable as this one. As for me, I award this novel a solid 4 out of 5 stars.

Irene Hannon is the bestselling author of more than fifty novels, including One Perfect Spring, Hope Harbor, Sea Rose Lane, Sandpiper Cove, and Pelican Point, as well as Dangerous Illusions and the Private Justice and Men of Valor suspense series. Her books have been honored with three coveted RITA Awards from Romance Writers of America, and she is a member of that organization's elite Hall of Fame. Her many other awards include National Readers' Choice, Daphne du Maurier, Retailers' Choice, Booksellers' Best, Carols, and Reviewers' Choice from RT Book Reviews magazine, which also honored her with a Career Achievement award for her entire body of work. In addition, she is a two-time Christy Award finalist. Learn more at www.irenehannon.com.