An entertaining suspenseful read: My review of The Chase by DiAnn Mills

Kariss Walker is at the pinnacle of her career. A former news anchor on prime time, she has published numerous best-sellers, 2 of which are poised to be turned into films. However, still haunting her from her past is the unsolved story and crime of an unidentified little girl found starved to death in the woods behind a Houston apartment complex. Kariss formerly reported the case as a TV news anchor, but now hopes to create a suspense novel that will become the next bestseller, while turning the eyes of the world to the importance of protecting children. She joins forces with FBI Special Agent Tigo Harris, who she hopes to give her insight into writing her book, and manages to get the unsolved case re-opened. However, the search for what really happened to the little girl lands Kariss and Tigo into far greater danger than they could have expected.

I must admit that I often shy away from books featuring main characters who are authors, as this seems to be an overdone genre - but I'm so glad I picked up The Chase! Diann Mills has succeeded at crafting an exceedingly entertaining story. I greatly enjoyed watching the story unfold, with unexpected twists and links between past and present, with a plot-line that leads to a great conclusion while hinting at more to come in the lives of Kariss and Tigo. I felt that a few of the scenes involved telling about what happened rather than immersing the reader into the story, but overall the action kept me churning through the pages. I loved the characters and am glad that there are future books in the series. Tigo is a complex character with much to admire in his dedication to family and to justice, and I felt the struggle he has to balance achieving justice with playing by the rules to be a great addition to the story.  The sparks that fly between Kariss and Tigo are handled well, and I found that the story had just the right amount of romance to appeal to both female and male readers alike. I believe that The Chase is a strong addition to the world of suspense fiction, and I give it a solid rating of 4 out of 5 stars.

Book has been provided courtesy of the publisher, Zondervan, for the purposes of this unbiased review. 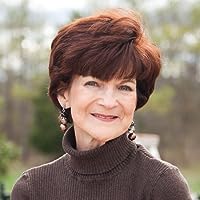 Award-winning author DiAnn Mills is a fiction writer who combines an adventuresome spirit with unforgettable characters to create action-packed, suspense-filled novels. DiAnn's first book was published in 1998. She currently has more than fifty books published.

Her titles have appeared on the CBA and ECPA bestseller lists and have won placements through the American Christian Fiction Writer's Carol Awards and Inspirational Reader's Choice awards. DiAnn won the Christy Award in 2010 and 2011.

DiAnn is a founding board member for American Christian Fiction Writers and a member of Inspirational Writers Alive, Romance Writers of America, and Advanced Writers and Speakers Association. She speaks to various groups and teaches writing workshops around the country. DiAnn is also the Craftsman mentor for the Jerry B. Jenkins Christian Writers Guild.

She and her husband live in sunny Houston, Texas.