Introducing Mary Connealy's "Fired Up" (Book 2 in the series) 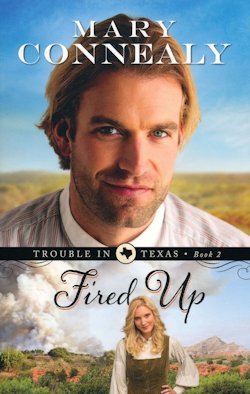 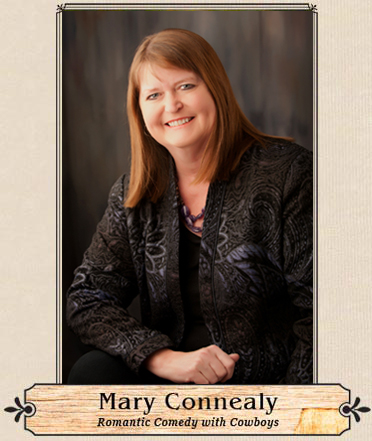 Mary Connealy writes romantic comedy with cowboys. She is a Christy Award Finalist, a Carol Award Finalist and an IRCC Award finalist.

Dare Riker is a doctor who saves lives, but someone seems determined to end his. It may have something to do with the traitors he dealt with during the Civil War, or it might be related to the recent incident with Flint Greer and the ranch. Whoever the culprit is, he or she seems really fired up, and Dare can't let his guard down for a moment, which is a challenge, since right now he's trying to win the heart of the recently widowed Glynna.

Glynna Greer came west as a mail-order bride and ended up in a bad situation. Now her husband, Flint, is dead, and she's determined to care for her son and daughter on her own. She wants to believe Dare Riker is as decent as he seems, but she's terrified to lock herself into another marriage. She plans to support her small family by opening a diner--never mind that cooking is not her greatest talent. The men in Broken Wheel, Texas, are so desperate for home cooking that they seem willing to overlook dried-out beef and blackened biscuits.

Glynna can't help but notice that danger follows Dare wherever he goes. There's the avalanche. And then the fire. But things really get out of hand when someone plunges a knife from Glynna's diner into Dare's back. Are Flint's cronies still plotting revenge? Is Glynna's son engaged in a misguided attempt to protect his mother? Is a shadowy outsider still enraged over past injustices? And can Dare survive long enough to convince Glynna to take another chance on love?

If you would like to read the first chapter of Fired Up, go HERE.