I enjoyed every moment! My review of Andrew Klavan's "Hostage Run" (The MindWar Trilogy Book 2)

RICK DIAL IS FACED WITH AN IMPOSSIBLE CHOICE: SAVE THE LIFE OF HIS BEST FRIEND MOLLY . . . OR SAVE THE FREE WORLD.
Rick Dial’s career as a superstar quarterback ended when a car accident left him unable to walk. But his uncanny gaming ability caught the attention of a secret government organization trying to stop a high-tech terrorist attack on America. He’s been to the fantastical cyber world called the MindWar Realm . . . and returned to Real Life victorious.
But the stakes have just gone up. Another attack is imminent, and Rick is the only one who can stop it. How can he, though, when terrorists have kidnapped his best friend Molly and are threatening to kill her if Rick returns to the Realm?
As Molly uses every resource of mind and body to outwit her brutal captors, Rick races against time inside a nightmare video game where a fate worse than death may be waiting for him.
Hundreds of miles apart, both will have to test the power of their faith and the strength of their spirits. They’re being forced to a moment of sacrifice . . . one that could cost them everything.

From the fantastic opening line to the gripping conclusion, I enjoyed every moment of "Hostage Run". The book moves along at a break-neck pace, and alternates between the view of Rick as he battles evil in the cyber world, and Molly as she seeks to simply survive. Both of these characters have been well-developed, and I couldn't decide whose story I wanted to focus on more as I liked them both equally. And unlike some books where you may feel annoyed every time the author switches to a scene involving the other character, that simply doesn't happen here because you barely have time to breath from one chapter to the next. Like the first book of the series, MindWar, Klavan has done a good job at bringing to life the cyber world, where real people's lives are blurred with a virtual reality called the Mindwar Realm. Reader are expected, of course, to suspend their own understanding of reality while reading this book, but it is fascinating to consider whether such a concept could actually be created with technology today. But what amazes me most about this story is that in the midst of the action and the nail-biting scenes, Klavan weaves in moments of true introspection that lead to some deep thoughts on faith and belief in God and how we wrestle with our doubts.

Teen readers looking for an exciting fiction book that is filled with heroic characters and action-packed scenes should plan on picking up this excellent second book in the MindWar Trilogy. When I was a teen, this was the sort of fiction that I was always looking for! I am greatly anticipating how Klavan wraps things up in the third and final book in the series, "Game Over". I award this novel 4.5 out of 5 stars. 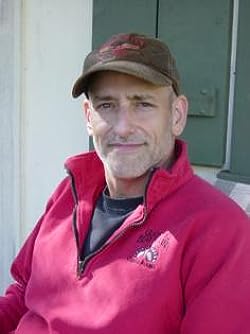 Andrew Klavan has been nominated for the Mystery Writer of America's Edgar award five times and won twice. He is the author of several bestselling novels, including Don't Say A Word, filmed starring Michael Douglas, True Crime, filmed by Clint Eastwood, and Empire of Lies. He is currently writing a series of thrillers for young adults called The Homelanders. The first two novels in the series are The Last Thing I Remember and The Long Way Home. Klavan is a contributing editor to City Journal and his essays have appeared in the Wall Street Journal, the New York Times and the Los Angeles Times, among other places. His satiric video commentaries can be seen on PJTV.com.

Find out more about the book on the publisher website:
http://www.thomasnelson.com/hostage-run-2