Introducing: Hidden in the Stars by Robin Caroll

Introducing "Hidden in the Stars" by Robin Caroll! Read on to learn more about her latest book...

This week, the
Christian Fiction Blog Alliance
is introducing
Hidden in the Stars
Abingdon Press (September 16, 2014)
by
Robin Caroll 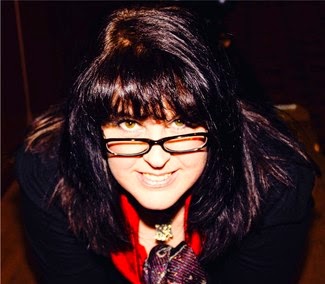 Born and raised in Louisiana, Robin Caroll is a southerner through and through. Her passion has always been to tell stories to entertain others. Robin’s mother, bless her heart, is a genealogist who instilled in Robin the deep love of family and pride of heritage—two aspects Robin weaves into each of her books.

When she isn’t writing, Robin spends time with her husband of twenty-plus years, her 3 beautiful daughters, 2 precious grandsons, and their character-filled pets at home—in the South, where else?

Following an attack that killed her mother and stole her ability to speak, 21-year-old Sophia Montgomery has no choice but to accept her estranged grandmother’s offer to return to their family home. Although detective Julian Frazier is working hard on the case, Sophia unknowingly frustrates him because her inability to speak thwarts her eyewitness evidence. The fact that Julian is undeniably attracted to Sophia doesn’t help either, so Julian hides his feelings as concern for a trauma victim and focuses instead on finding the killer.

Little do they know, the clues to solving the case may be right in front of them, displayed in Sophia’s mother’s “special” quilt design. Who will realize the secret Sophia’s unwittingly been hiding in plain sight? When the truth comes to light, will Sophia find her voice again? Or will the murderer—still at large—silence her forever?


If you would like to read the first chapter of Hidden in the Stars, go HERE.