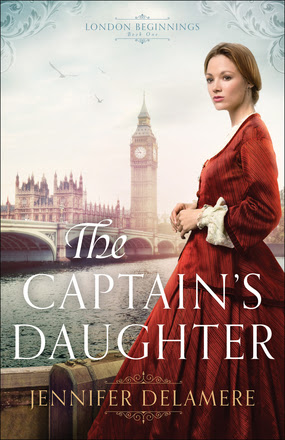 Forced to Leave All She Loves Behind, She Seeks a New Life in a City Bursting with Opportunity, But Fraught with Danger

When a series of circumstances beyond her control leaves Rosalyn Bernay alone and penniless in London, she chances upon a job backstage at a theater putting on the most popular show in the city. A talented musician and singer, she feels immediately at home and soon becomes enthralled with the idea of pursuing a career on the stage. That is, as long as the shadows from her past don't catch up with her.

After a hand injury forces Nate Moran from his army regiment in India, he returns home to London, a place that holds bitter memories. He agrees to fill in temporarily as a stagehand while his brother recuperates from a broken leg, but Nate is counting down the days until he can rejoin his regiment. His future is decided--until he meets a beautiful woman who has found a new lease on life in the very place Nate yearns to leave behind.

Starring a courageous and likeable heroine and filled with intriguing historical details, "The Captain's Daughter" is a well-crafted addition to the historical fiction genre. Rosalyn and Nate are characters that you will enjoy getting to know, with their own history of struggles, temptations similar to those you and I face even though this story takes place in the 1800s, and a romance that is sweet to behold. The story flows well and there are many interesting subplots that weave together nicely into a unified whole.

And I absolutely love the historical setting this novel takes place in! Having a mom myself who has sung in the opera, the glimpse into the lives of Gilbert and Sullivan and the beginning of their fame was truly fascinating to read about. I quite liked watching how Rosalyn encountered the theatre and found safety there while fleeing rumours she's a thief. Further, I have always enjoyed learning about George Müller and his orphanage in the 1800s, and so I thought it added a unique flavour to the book that it features characters who grew up in that orphanage and learned about the amazing way the Müller's trusted God to provide. This theme permeates the novel, and adds a depth to the story in the midst of Rosalyn's trials that she faces, reminding us that God will provide for our everything need, and bring good from the hardest of circumstance in our lives.

Fans of novels that take place in interesting historical settings will love "The Captain's Daughter". And, once you have devoured this story you will be eager to find out what happens next in this "London Beginnings" series. I award this book a rating of 4 out of 5 stars.

Jennifer Delamere's debut Victorian romance, An Heiress at Heart, was a 2013 RITA award finalist in the inspirational category. Her follow-up novel, A Lady Most Lovely, received a starred review from Publishers Weekly and the Maggie Award for Excellence from Georgia Romance Writers. Jennifer earned a BA in English from McGill University in Montreal, where she became fluent in French and developed an abiding passion for winter sports. She's been an editor of nonfiction and educational materials for nearly two decades, and lives in North Carolina with her husband.