A solid start to the series: "Crisis Shot (The Line of Duty Book 1)" by Janice Cantore 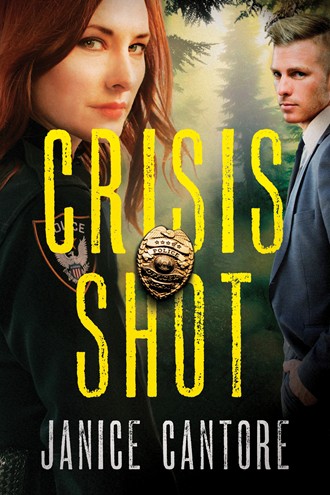 Tess O’Rourke dreams of becoming the first female chief of police in Long Beach, California. As commander of the East Division, she is well on her way . . . until the night she responds to an officer-needs-assistance call and fatally shoots an unarmed teenager. Despite being cleared of wrongdoing by a grand jury, Tess is so hounded by the public that she takes a job in Oregon to escape the bad press.

Winning over the residents of Rogue’s Hollow might be more difficult than adjusting to her new role as police chief in the small, backwater town. Especially when her closest friend, the pastor’s wife, goes missing and the woman’s cousin is found shot. Tess finds an ally in sheriff’s deputy Steve Logan, but as they track down Rogue’s Hollow’s first murderer, she worries that she’s breaking one of her rules and getting too close to him.


I am not sure how I have been missing out, but I have never before read a book by Janice Cantore. However, that is going to change from here on in!

"Crisis Shot" was jam-packed full of action, filled with excellent police work and a sense of fighting for justice in the face of true adversity as Tess battles misunderstanding and misplaced criticism. The story held my interest from beginning to end, and I can admit that while I had a sense of who the perpetrator was, there were plenty of moments that kept me guessing and resulted in genuine surprise. Those are my favourite types of stories! Tess is one of those characters who you simply can't help but root for, and I enjoyed getting to know her over the course of the story. I'm not sure if she will again be starring the next book in the series, but I would be happy to witness Tess back in action, taking down the bad guys. The romance is handled with just the right touch, and I appreciated that Cantore doesn't make it the centre of the story, but allows things to develop naturally.

Cantore has offered up a well-written suspense novel that is sure to garner her new fans. I strongly recommend this novel for those readers looking for suspense, romance, and a book where good conquers evil. I award this novel 4 out of 5 stars. I am looking forward to what's to come next in the series!

A former Long Beach, California, police officer of twenty-two years, Janice Cantore worked a variety of assignments, including patrol, administration, juvenile investigations, and training. She's always enjoyed writing and published two short articles on faith at work for Cop and Christ and Today's Christian Woman before tackling novels. She now lives in a small town in southern Oregon, where she enjoys exploring the forests, rivers, and lakes with her Labrador retrievers, Abbie and Tilly.