A thought-provoking read: My review of The Company by Chuck Graham 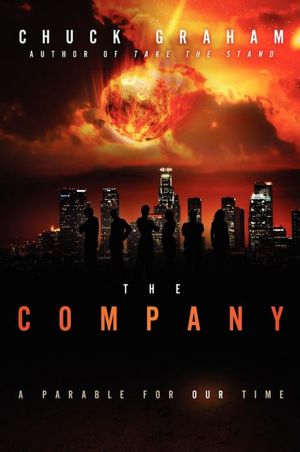 A meteor strike plunges the world into darkness. A stranger to the village of Brigos Glen restores power and light, supplied by three businesses, known as “The Company,” located beyond the forbidden mountains. The stranger reveals a plan so the Brigons can maintain the power and share the light with outlying territories, which remain shrouded in darkness.

Now, seventy years later, The Company summons six Brigons, including the young engineer Sam Mitchell, to attend a conference in the mountains of the forbidden Outlands.

Responsible for compiling a report about Brigos Glen from his five companions, Sam learns how managers and villagers largely ignored the plan or compromised it to self-interest, forsaking their duty to share the light. They also took for granted The Company responsible for generating and transmitting the power.

In an ordeal fraught with failure, revelations, and judgment, Sam discovers the true identity behind The Company and learns the fate that may befall Brigos Glen . . . that is, unless he can stop it.


The Company is an interesting allegory that explores the concept of the Trinity (God, Jesus and the Holy Spirit) set in a “What If?” world where civilization as we know it has been wiped out by a meteor. The destruction to Earth isn’t the focus of the story, but rather what happens to a small-community of people who are the only people who seem to have survived the blast, and who are trapped in the darkness that follows the destruction until a stranger shows up offering them help in the form of electricity to power their lights and electronics.

Set in this imaginative fictional world, the author seeks to explore our own relationship with God. The book can be taken on many different levels, and may just be read for pure entertainment value allowing the reader to explore a futuristic scenario for humankind, but really shines as a commentary on the contemporary church and the impact of being divided in our beliefs and our understanding of who God is. Personally, I didn't find the focus of the allegory on providing the understanding of the Trinity to be as powerful as the way the author made me think about our purpose on Earth and how believers can be so misguided in their service to God. This is a book that I'd have to read more than once to mine its depths!

Interesting symbolism and imagery, combined with a well-crafted plot, make The Company into a thought-provoking read. I award this book 4 out of 5 stars.

Book has been provided courtesy of the publisher and Litfuse Blog Tour, for the purposes of this unbiased review.

Chuck Graham's legal career as an attorney in private practice spanned more than thirty-one years. He represented many local, national, and international clients, acquiring intricate knowledge about the often-overlapping structures of the corporate world. He also worked against those seeking to create racial division, including the Ku Klux Klan. He has served as a member of the state bar of Georgia since 1979 and an instructor to attorneys and judges through the Institute for Continuing Legal Education (ICLE). He received the Medallion of Appreciation from ICLE.

Chuck is also a speaker and the author of Take the Stand (Broadman & Holman Publishers, 1996) and the compilations, A Year of Encouragement (Xulon Press).

In 1997 he founded Ciloa (Christ Is Lord Of All), a ministry devoted to sharing God’s encouragement with the world and teaching those who follow Him how to encourage others. Today Chuck serves as executive director and principal author of A Note of Encouragement, a weekly e-zine reaching 175 countries.

He and Beverly, his wife of thirty-four years, have lived in Lawrenceville, a suburb of Atlanta, for fourteen years. God has blessed them with three children. In his free time, Chuck enjoys backpacking and hiking (especially on the Appalachian Trail), playing the guitar, dabbling in photography, and reading extensively about the Christian faith.