Unfolds layer by layer into gripping suspense: My review of "The Black Box" by Michael Connelly 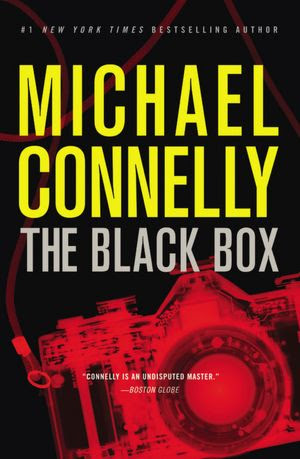 
In a case that spans 20 years, Harry Bosch links the bullet from a recent crime to a file from 1992, the killing of a young female photographer during the L.A. riots. Harry originally investigated the murder, but it was then handed off to the Riot Crimes Task Force and never solved.

Now Bosch's ballistics match indicates that her death was not random violence, but something more personal, and connected to a deeper intrigue. Like an investigator combing through the wreckage after a plane crash, Bosch searches for the "black box," the one piece of evidence that will pull the case together.


The Black Box is a smart read, a journey into a seemingly unsolvable cold case that unfolds layer by layer into an ending of gripping suspense. Harry Bosch is one of those characters who is easy to connect with, certainly not a perfect hero but one with flaws like you and I, yet offering much to admire in his drive to uncover the truth and bring closure to families who have been impacted by tragedies. In between the focus on the police case, the reader catches scenes of his home life, and it is clear he is a father who does his best to put his daughter first as much as possible, and I really respect that in a character and the example that this sets. Beyond the first explosive scene, much of the story is spent sifting through the past in trying to solve the case, and therefore it took me some time to feel a strong momentum in the book's pacing. Nevertheless, the author throws in some twists  and turns as well as some often hilarious tension with Harry's boss O'Toole, adding some excellent drama to the book. Overall, this is a book that was thoroughly entertaining, and as I was drawn further  into the story, I found it harder and harder to put the book down and step back into the real world. I really enjoyed the last few chapters as the truth of a conspiracy is revealed, and the conclusion is well done.

Readers who have enjoyed previous books by Michael Connelly should plan on picking up this latest offering, and will no doubt be pleased they did. 4 out of 5 stars.

Book has been provided courtesy of the publisher, Hachette Book Group (Little, Brown and Company), for the purposes of this unbiased review.

Michael Connelly is the author of the recent #1 New York Times bestsellers The Drop, The Fifth Witness, The Reversal, The Scarecrow, The Brass Verdict, and The Lincoln Lawyer, as well as the bestselling Harry Bosch series of novels. He is a former newspaper reporter who has won numerous awards for his journalism and his novels. He spends his time in California and Florida.

A word of caution

Typical readers of Christian fiction should know that there are many uses of bad language used in the book, so that if you find such language offensive you should know to steer clear of The Black Box.
Email Post
Labels: The Black Box by Michael Connelly book review Harry Bosch character unsolved cold cases conspiracy murder riots suspense