Well-written suspense: My review of "Hands of Darkness" by Heather James 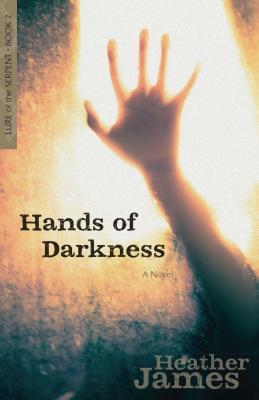 Seeking to begin anew in the wake of the death of their firstborn child, Evelyn Barrett and her husband Eddie move to a new city. Evelyn starts a new job as a consultant with the police department, and together the Barretts look forward to the birth of their son Owen. However, Evelyn soon finds herself counting the cost of her new role with the police, as the first case quickly becomes personal. Evelyn must wade through the darkness of rape and murder while hunting a man consumed by evil, in a race that places her own life in jeopardy.

Heather James' second novel in the "Lure of the Serpent" series races along at a breakneck pace, with tautly written scenes and an entertaining heroine who will have you both laughing and gripping the pages as she faces danger head on. I greatly enjoyed the interplay between the chilling scenes written from the villain's perspective and the witty, raw, and ultimately redemptive scenes from Evelyn's point of view. "Hands of Darkness" provides absorbing drama, top-notch suspense, and an honest examination of difficult issues of real life. Readers will be left considering our own capacity to forgive those who have deeply wounded us, just as the characters must chose to forgive those who rape or murder, who steal the goodness from life. Ultimately, the author shines the light and hope of Christ into the darkness where evil can hide. I love a scene near the end of the book where Evelyn ponders, "If we were a little less selfish and a little less apt to live by our own rules, then maybe, just maybe, there might be little less bloodshed in the world". How true!

Readers looking for well-written suspense should look no farther than this talented author. 4 out of 5 stars.