One of her best yet! "Sidetracked" by Brandilyn Collins 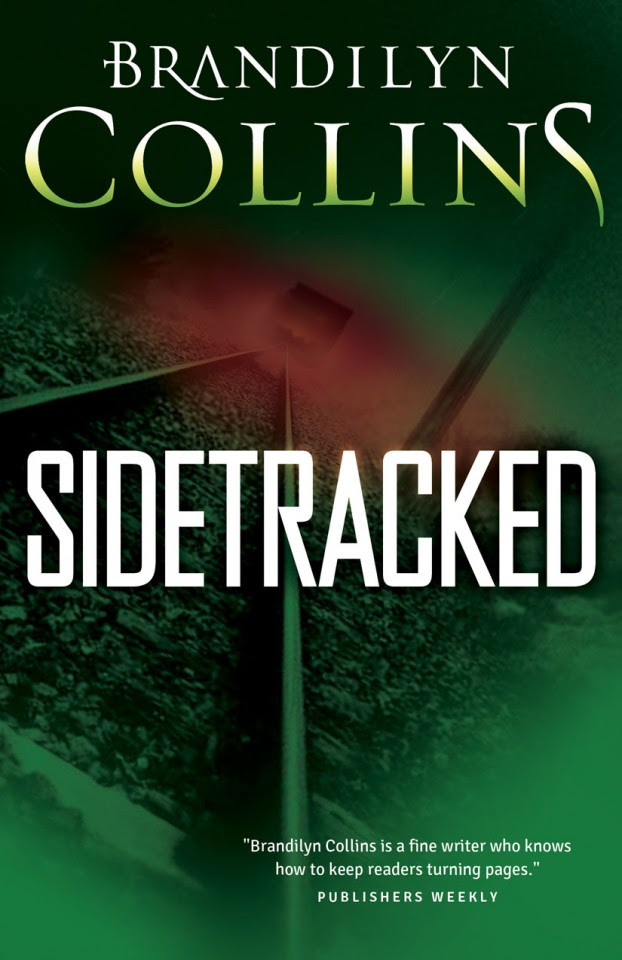 When you live a lie for so long, it becomes a part of you. Like clothing first rough and scratchy, it eventually wears down, thins out. Sinks into your skin.

Thirty-four-year-old Delanie Miller has fled her dark past and is now settled into a quiet life in small-town Kentucky. She has friends, a faux "family" who lives in her house, and a loving boyfriend who may soon ask her to marry him. Her aching dream of a husband and future children are about to come true. But protecting this life of promise means keeping a low profile and guarding the truth of her past--from everyone.

The town's peace is shattered when Delanie's friend, Clara, is murdered, and Delanie finds her body. The police chief quickly zeroes in on Billy King, a simple-minded young man whom Delanie knows would never hurt Clara. Delanie can hunt down evidence and speak out publicly against the chief--only at great risk of her own exposure. But after suffering such injustice in her own past, how can she keep silent now? Delanie must find a way to uncover Clara's murderer yet save the life she's created for herself--the deceit-ridden life that will forever distance her from others and God.


“Side-tracked” is a nail-biting read, one that captured me from the first page and kept me entwined in its grip until the end. Although the story involves murder, this is not one of those suspense stories where characters are constantly in mortal danger from being shot at. Rather, the tension swiftly builds throughout the story as readers watch the injustices unfold and are left wondering the fate of those who appear to be wrongly accused for the crimes. In fact, I found myself so tense at some of the scenes, especially those from the past, that I had to force myself to relax! The writing is crisp, a pleasure to read, with a heroine that you will grow to love. Although at first I wondered how I would enjoy the change in story line from the present-day Delanie to the past scenes of Laura, I enjoyed both equally and found them to be woven seamlessly together. In the midst of the suspense and unfolding drama, there are also deeper moments where characters encounter God, battle bitterness, and find the courage to face the consequences of their past actions and also the grace to forgive. I won't even hint at what the ending is of course, but I will say this - it is totally satisfying!

I devoured this book in short order as I simply couldn't put it down. I highly recommend this latest novel from Brandilyn Collins, and award it 5 out of 5 stars.