Completely captivating: My review of "To Whisper Her Name" by Tamera Alexander

Olivia Aberdeen, destitute widow of a man shot as a traitor to the South, is shunned by proper society and gratefully accepts an invitation from "Aunt" Elizabeth Harding, mistress of Belle Meade Plantation. Expecting to be the Harding's head housekeeper, Olivia is disillusioned when she learns the real reason Elizabeth's husband, Confederate General William Giles Harding, agreed to her coming. Not finding the safe haven she expects, Olivia is caught off guard by her feelings for Ridley Adam Cooper, a Southern man who seems anything but a Southern gentleman.

Branded a traitor by some, Ridley Cooper, a Southern son who chose to fight for the Union, is a man desperate to end the war still raging inside him. Determined to learn "the gift" that Belle Meade's head horse trainer and former slave, Bob Green, possesses, Ridley harbors secrets that threaten both their lives.

As Ridley seeks to make peace within himself for "betraying" the South he loved, Olivia is determined to never be betrayed again.

Set at Nashville's historic Belle Meade Plantation, the most influential thoroughbred stud farm in America's history, To Whisper Her Name weaves the struggles of real people of the post-war South with the journeys of a man and a woman scarred by betrayal.

Tamera Alexander has succeeded, once again, at completely captivating me by one of her historical reads. "To Whisper Her Name" is a well-written book filled with delightful characters. I have to say that, although the main characters Olivia and Ridley are indeed interesting and well-rounded, my favorite characters of all were the numerous African American servants populating the novel and bringing their own spice to the story. Former slave Robert Green was especially a favorite of mine, and I found myself wishing that he was someone I could go meet now! What a fascinating piece of historical detail that he actually did hide his owner's horses during the civil war and saved them from capture by the enemy army!

The novel is filled with plenty of drama that kept the story moving along, though both my wife and I thought the book may have benefited from being shortened up a tad bit. The conclusion is utterly satisfying, though not surprising, and I closed the book feeling like it was time well spent. Readers who enjoy historical romance stories will also enjoy the relationship that unfolds between Olivia and Ridley, providing for some highly entertaining and humorous scenes between them.

I am looking forward to what's coming next in the Belle Meade Plantation series. I award this book a rating of 4.5 out of 5 stars.

Book has been provided courtesy of the publisher, Zondervan, and PR By the Book, for the purposes of this unbiased review. 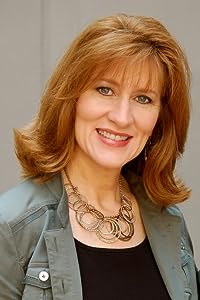 Tamera Alexander is a bestselling novelist whose deeply drawn characters, thought-provoking plots, and poignant prose have earned her devoted readers--and multiple industry awards. Among them, the Christy Award, the RITA Award, the Carol Award, the HOLT Medallion, the National Reader's Choice Award, the Bookseller's Best Award, and the acclaimed Library Journal's Top Pick for Christian Fiction. Tamera also enjoys a devoted international following with her books being translated into German, Dutch, and Turkish.

Tamera's first seven novels are set against the rugged backdrop of the Colorado Territory (1860-70s), but she's recently turned her heart--and her pen--toward "home" and is writing about her own Southern heritage.

This biography was provided by the author or their representative.