On her way to college, Susanna Hanby stops to visit her sister Rachel and her 6 nieces and nephews, discovering that they have all disappeared. When she learns that the children have been placed in orphanages, Susanna is heart-broken at the thought of her family being forever separated. In a quest to rescue the children, she finds herself joining forces with an unlikely ally, Johann, heir to a German-American brewery in Columbus, a man connected to the alcohol that Susanna despises. Meanwhile, Johann longs to become a journalist and to capture the attention of a newspaper in New York, and so he finds himself returning over and over to Westerville, Ohio, the site of the Westerville Whiskey War of 1875. His desire for a story soon becomes replaced by a desire to win the affection of Susanna. Can Susanna rescue her family and reconcile her beliefs with what her heart is telling her? Read "Lovelier than Daylight" to find out!

I enjoyed returning to the characters featured in the Saddler's Legacy, especially to a story set against the fascinating backdrop of the Westerville Whiskey War. I've never before learned of this historical event, of the battle between a man trying to open a saloon and the community citizens set on maintaining temperance. Rosslyn Elliott has perfectly captured the tension between a desire for righteousness being overcome by a zeal that puts those beliefs above the love that Jesus would show. Susanna is a wonderful character, a woman apt to speak her mind in her quest for truth and righteousness, and someone who finds herself sometimes rushing to judgments in her desire to protect the innocent. Her faults are actually endearing and make her easy to relate to. I enjoyed watching the relationship between Susanna and Johann unfold so naturally as well. While I did grow a little impatient with some of Susanna's actions in regards to Johann, overall I quite enjoyed watching their friendship develop into a desire for more, despite seeming to have incompatible lifestyles. The dilemma of the children in the orphanages was truly heartbreaking, and I found myself frantically reading through their scenes especially to see how it would all work out.

Be prepared to be entertained by interesting historical details and delightful characters that combine for an action-packed and dramatic read! I award this book 4.5 out of 5 stars.


Book has been provided courtesy of the publisher, Thomas Nelson, and the Booksneeze program, for the purposes of this unbiased review. 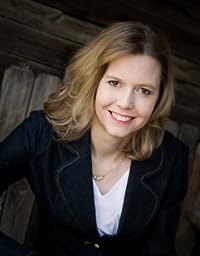 Rosslyn Elliott was born into a military family and lived in four states and two foreign countries before she graduated from high school. Her frequent relocation into new social scenes encouraged her to become a close observer of others, and a writer.

Rosslyn's graduate study of American literature spurred her to pursue her lifelong dream of writing fiction. She writes inspirational historical novels filled with romance and adventure.

This biography was provided by the author or their representative. 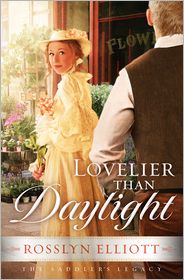