Grab your nightlight for this romantic suspense: My review of "When a Heart Stops" by Lynette Eason


A killer's deadly game needs new players . . . but someone's about to change the rules

As a medical examiner, Serena Hopkins is used to dealing with death. But that doesn't make it any easier when she's called to the eerie scene of a murder--especially when Serena realizes that she knows the victim. Nearly as unnerving is the presence of FBI agent Dominic Allen, her childhood crush.

As evidence mounts and points to a serial killer with disturbingly familiar methods, Serena and Dominic must work to find a pattern and stop the killings before the murderer strikes again. And when Serena's own life seems at stake, she must decide if the secret she has been keeping has put her next on the killer's hit list. Can she trust Dominic with the truth before it's too late?

Lynette Eason's first book in her "Deadly Reunions Series", When the Smoke Clears, was one of my favourite romantic suspense novels in 2012, so I have been greatly looking forward to getting my hands on the next installment.

When A Heart Stops was everything I hoped for and more! I found it to be a mesmerizing read, one that sizzled with suspense and had me devouring the pages at top speed. Serena Hopkins is a fabulous character, a strong woman who confidently moves in her world of being a medical examiner, and yet someone who has a tender side looking for someone who will love her the way she is. The cat and mouse game that Serena and Dominic are drawn into with the serial killer is expertly played out in the pages of this story, keeping me guessing about what would happen next. And yet that plot line is nicely balanced with the relationship that unfolds between them as well, one handled with just the right dose of romance. As with the first book in the series, the term "romantic suspense" shouldn't keep the male readers from diving into this book, as I found myself enjoying every moment of this book. The writing is crisp, the characters are interesting and believable, and the suspense kept me glued to the pages. Add in a dose of faith, and you've created just the right formula for an entertaining evening spent with a good novel.

One warning though. After reading this book, you may not want to sleep with your light off. The suspense in this novel is just that good. Don't say I didn't warn you.

I give this book my highest recommendation, and 5 out of 5 stars. 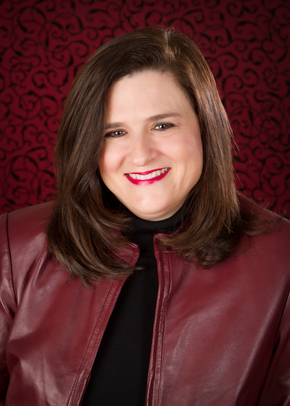 Lynette Eason is the author of several romantic suspense novels, including Too Close to Home, Don't Look Back, A Killer Among Us, and When the Smoke Clears. She is a member of American Christian Fiction Writers and Romance Writers of America. A homeschooling mother of two, she has a master's degree in education from Converse College. She lives in South Carolina.