Incredibly moving: My review of Iscariot by Tosca Lee 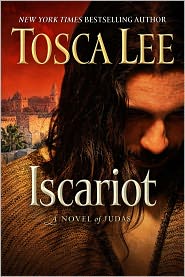 In Jesus, Judas believes he has found the One—a miracle-worker. The promised Messiah and future king of the Jews, destined to overthrow Roman rule. Galvanized, Judas joins the Nazarene’s followers, ready to enact the change he has waited for all his life.

But Judas’ vision of a nation free from Roman rule is crushed by the inexplicable actions of the Nazarene himself, who will not bow to social or religious convention—who seems in the end to even turn against his own people. At last, Judas must confront the fact that the master he loves is not the liberator he hoped for, but a man bent on a drastically different agenda.

Iscariot is the story of Judas—from his tumultuous childhood and tenuous entry into a career and family life as a devout Jew, to a man known to the world as the betrayer of Jesus. But even more, it is a singular and surprising view into the life of Jesus himself that forces us all to reexamine everything we thought we knew about the most famous—and infamous—religious icons in history.

I approached this book not knowing what to expect, thinking to myself "Is it actually possible to be entertained by a story from the Bible that I've heard over and over?" The answer is a resounding yes!
Iscariot is one of those novels that satisfies on every level, offering the pleasure of a beautifully told story, combined with an entertaining plot and a character that is sure to shatter every preconceived notion you have ever had about Judas Iscariot. Tosca Lee writes with exquisite prose, with colorful, vivid descriptions that transport the reader deep into the heart of the story. I found myself living and breathing alongside Judas, soon experiencing a surprising heart of empathy as I met the Judas that Tosca Lee has constructed. But let me be clear that you aren't going to read anything here that shouts, "That's not what the Bible says!" Yes, this is fiction, and so the author did take some poetic license to flesh out who Judas may have been. But nothing she wrote rings false. Instead, with her usual careful research, Tosca Lee has unpacked the character of Judas and offered us what might have been, a truly plausible take on a person I've read about in the Bible over and over, but never considered as deeply as I have while reading this book. I found myself holding my breath as I raced through the pages, wishing for a different ending despite knowing how things must end. And yet the author did an amazing job at creating a conclusion that still surprised me, and one that left me deep in thought as I closed these pages. My faith has been stirred, and I know yours will be too as you read through this story.

I cannot recommend this book highly enough, and award it a full 5 out of 5 stars.

A copy of this book was provided by the publisher, Howard Books, a division of Simon & Schuster, for the purposes of this unbiased review.

Tosca Lee is the author of the critically acclaimed Demon: A Memoir; Havah: The Story of Eve; and Forbidden: The Books of Mortals series with New York Times bestselling author Ted Dekker. She is best known for her exploration of maligned characters, strong prose and solid research. In 2010, Tosca left her position as a Senior Consultant to Fortune 500 companies with the Gallup Organization to write full-time. A former first runner-up to Mrs. United States 1998, Tosca received her BA in English and International Relations from Smith College in Northampton, Massachusetts, with studies at Oxford University. She is a lifelong world adventure traveler whose most recent adventures included piranha fishing on the Amazon. To learn more about Tosca, visit ToscaLee.com.